Tabletop Role-Playing Games and Why More People Should Play Them

Tabletop Role-Playing Games (RPG) are usually looked on with all the appeal of doing homework for fun. Don't get me wrong, it can be. It can also be very expensive!

Here is the usual scene: a few friends sitting around a table with one separated from the rest - sometimes by a cardboard partition with pretty artwork on the side facing the players - and what looks like a spreadsheet on the side facing him. Large, often hardback books, papers with gibberish in what looks like algebra, and oddly shaped dice litter the table. To a non-player, this seems overwhelming. To the players however, this is bliss. They aren't seeing all of this.

In their minds, they are experiencing more of an improv theatre. The stats on the sheets in front of them explain their characters' capabilities. The dice they roll show the element of random chance that their characters must deal with in their adventures. The man behind that cardboard curtain? He's the God of this realm they adventure in - a narrator describing the scenes in which they interact. He is everyone that they encounter, every monster that they fight, everything and nothing all at once. The idea is that you and a group of friends sit down, create a world, and then like you did as a child, go and play make believe in it.

Dungeons and Dragons has been around forever and a day (over 40 years, as of this writing), and set the standard by which almost 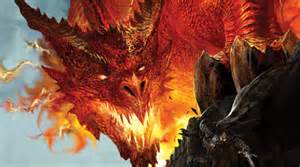 every other tabletop RPG would be compared. The game can be as uptight and rules bound or as fast and loose as each group prefers. This kind of flexibility makes it the most popular. The game has thousands of books in print and has spanned over five different editions, each one tweaking game-play just a bit to make certain players prefer one edition over the others (3rd edition was probably my personal favorite). The most recent edition allowed greater customization of your character by allowing not only more racial diversity - but more gender options, including transgender characters as well as characters that may have no gender at all. It all revolves around the idea that you can create any character you would like.

Dungeons and Dragons may have been the grand-daddy of them all, but numerous other games (some with similar rules, some with entirely different options) exist. It all depends on your setting and what kind of adventure you want to go on. Games like Shadowrun and Battletech can throw you into a dystopian future where the world has been ripped apart by wars or where magic emerged back into the world and changed everything.

The World of Darkness series (most notably its' flagship title, Vampire :The Masquerade) can allow you to make your own immortal monster and play through a variety of historical periods - sometimes even with the same character. The possibilities are endless...

being born in the Dark Ages, playing through the renaissance, up through the Victorian era, into our present, and maybe even into the apocalypse itself. Perhaps you'd prefer to play as a werewolf, a being connected to nature that is forced to fight as you watch humanity tear away all that you love through corporate greed? Maybe you were human and then you died, now you're a ghost and have to continue your existence on the other side (which is still wrought with danger)? It's horror where the monster is you. And it's amazing.

The reason that all of these games and more should be played at least once is simple. From my point of view at least, we've forgotten how to imagine. We lack or suppress the creativity that allows us to create our own stories. Everything nowadays is served up to us instantly. But we'll watch a movie, hate the ending, and instead of thinking "I can do better" and making your own adventure that others can enjoy - we simply wait for the next bad dose. We all have that spark of imagination in us - maybe it's time to pick up a new hobby and let that spark turn into a bonfire. And any adventure is best shared with friends - so grab a few, sit down, and indulge! If you can't find any that want to play, step into a brick and mortar game store and see if they have any groups that play there that have openings. It's a great way to meet new people and learn. Go online and learn what you can!

In this age of social media, we forget to actually be social. Stuff like this can be a turn around for many people. Give it a shot and see if you dig it!

Anything to add? Questions? Wanna see if anyone's playing nearby? Comment below! Happy gaming!