#Boom caught up with Needles via telephone where the kooky and spooky Season 4 champ let loose on the tour, Season 7, Celebrity Big Brother, her new album, and more. 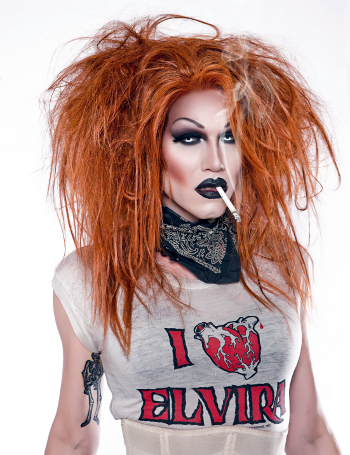 So this will be the first time that St. Louis has had a RuPaul's Drag Race tour of this size come to town. What can audiences expect from Battle of the Seasons?

Well, we all tour individually and I think most of the girls have passed through St. Louis maybe once. But this is an even better opportunity; this gives audience members an opportunity to see all their favorite girls from RuPaul's Drag Race displaying all of the multifaceted styles of drag for the audience. So it's a real old school variety show.

What do you have in store personally for audiences? Are you bringing some new material, some new songs?

I never like to divulge the insanity that I will be spewing onto the stage, but it will be a mixture between things that fans are very familiar with and a little bit of what is to be foreseen from Miss Needles. #Taxidermy 2015.

What do you like most about touring with all of the girls?

Not only do we get to entertain the masses all together, we get to entertain each other. When we say we're a family, it's very true, as dysfunctional as it may be. But it's a rare chance that we all get to be in the same room at the same time so it's great to rekindle that family feeling when we're together.

And conversely, what do you hate about touring?

I hate almost everything about touring except performing. When I'm on the stage and I'm engaged with my audience that is the best feeling in the world. It's just gettin' there! It's security lines, it's airports, it's tour buses, it's three hours in the makeup chair; you know, standing on six inch stilts completely corseted and in five wigs and two pounds of shellacked makeup. But the show is my favorite part - it's just gettin' there that kills me.

Missouri is the only state to have four tour dates and you've performed here before - do you find that certain areas of the country appreciate drag more than others? 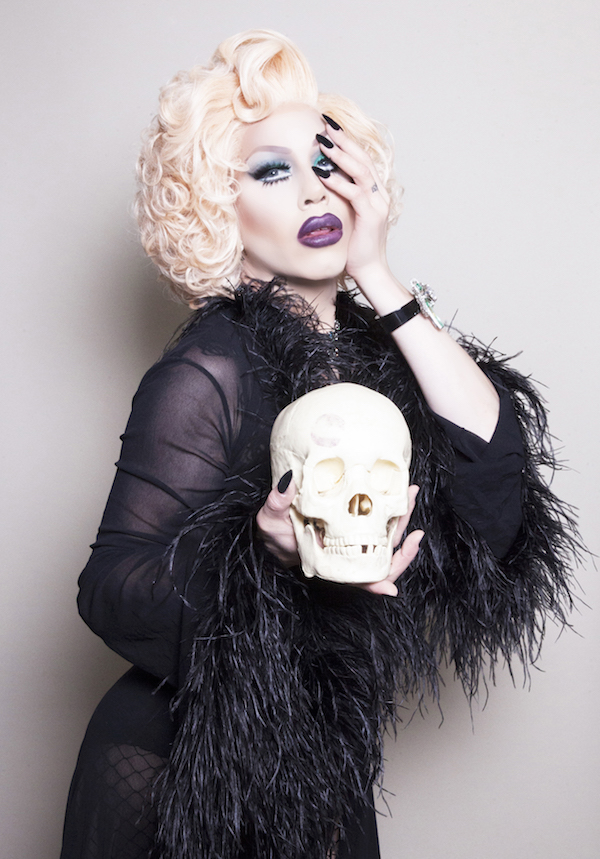 And here we thought you were a bottom!

Hey, hey - you learn something new every day.

So what are your thoughts on Season 7 of Drag Race?

Oh my gosh, I've never been more excited for a season in my life. Usually when a season comes out you can kind of tell who's a little new to the craft and then you can tell those who are very seasoned to the craft, and these girls hands-down seem to be on such an equal playing ground that you really can't tell what's gonna happen. In past seasons, a lot of the fans can guess the top three before the season even starts. But this season has really set a stage of equality across the bar; I've never been more excited for a season of Drag Race and I can't wait for it to air in 2017.

Have you been watching any of that crazy Celebrity Big Brother UK with Michelle Visage?

You know, I haven't but all my girlfriends are hooked on it so they'll send me little clips from it on their Vine or on their Instagram. From the little blips I've seen it looks more insane than Drag Race and I didn't even know that was possible. But I will tell you one thing - edited, repeating Vines of Perez Hilton is one of the best things I've ever seen. I can't get enough of it.

How would you handle Perez if you were in Visage's place?

I think I would handle it very much like Michelle Visage. This is Perez's first time in reality T.V., so he went in not really knowing what to expect. I don't know if he's hamming it up for the cameras to have a story arc or if he's just truly losing his mind in an uncomfortable situation. I already went through 18 episodes of living with Phi Phi O'Hara so I am pretty trained in the art of dealing with romper room fuckery.

You were catapulted on to the national stage after Drag Race; were you prepared for all of the attention good, bad or otherwise?

Well, it takes you to a place of extreme highs and extreme lows. Fame and success - they don't have a college for that or a prep for it - they don't even come with a fucking pamphlet on how to deal with overnight success. Most people move to Hollywood and they 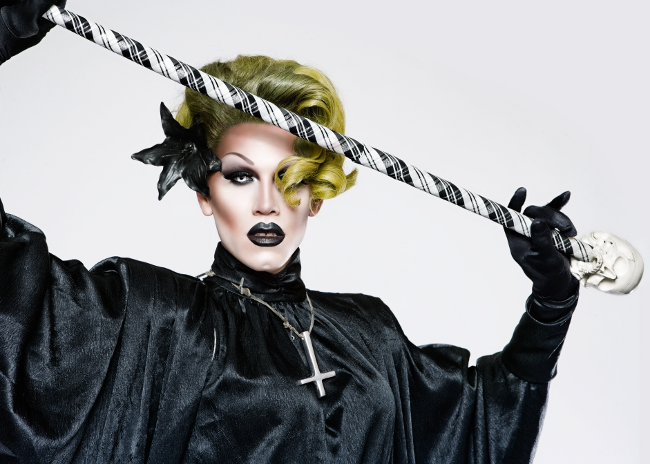 audition for years and years and years until they get their break. Reality fame is a lot different. You basically go from a "Hollywood Nothing" to "America's Sweetheart" overnight so that roller coaster takes you straight up and then it throws you straight down. But after that, you control the roller coaster and it can go round and round and if you're lucky, it will go upside down.

Let's talk about your new project.

My biggest baby right now is my sophomore record which will be coming out in May 2015... it's called #Taxidermy. My first record PG-13 was such a great overnight success (which really shocked me) and was an album written by a very confident, bratty toddler. This record is written more by an untrusting, lovesick adult, so it's a completely different sound. It's still very dark EDM but it's a little sadder and it's a love record. Every song on the record is dedicated to love.

Well we hope when you tour with the album we see you in St. Louis.