NEW YORK, NY – Following a historic Supreme Court decision in favor of marriage equality and as support for LGBT people continues to grow nationwide, younger gay men are increasingly longing for a stronger sense of community, according to a landmark new study by Logo, the leading entertainment brand inspired by the LGBT community. The finding is among the many revelations in “Gay Men in America: Community at a Crossroads,” the first in a series of studies that Logo is commissioning on lesbian, gay, bisexual, and transgender Americans.

“As Logo celebrates its tenth anniversary, we wanted to talk to our audience and find out how these greater forces are shaping both their connection to the community and individual identities,” said Chris McCarthy, General Manager of VH1 and Logo. “As we look at gay men, we find that many of them are enjoying the acceptance won by the struggles of the past, but also longing for the galvanizing effect those struggles had on the gay community.” 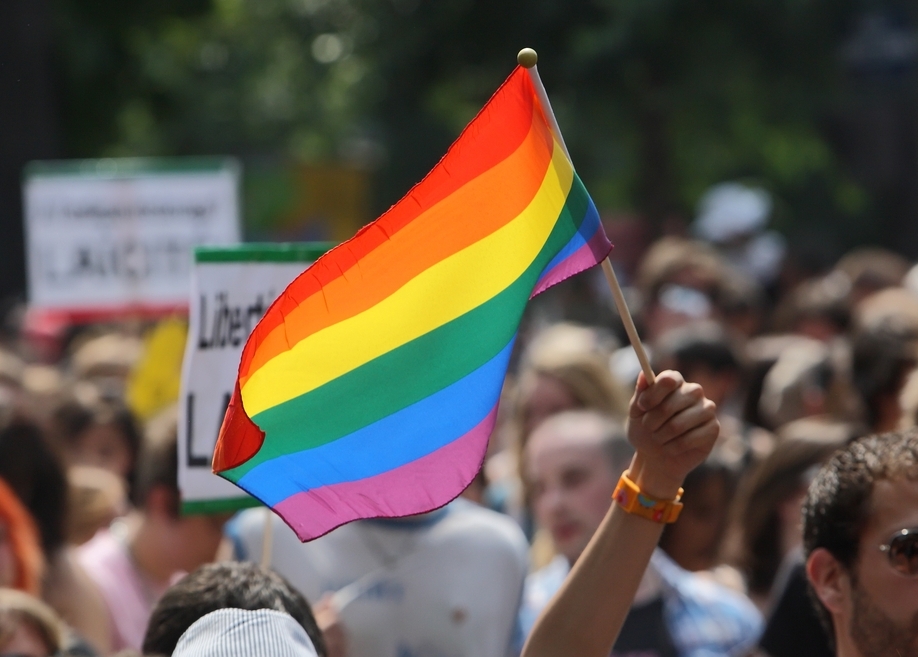 According to the study, gay men are searching for a stronger sense of community, pointing toward an emerging era of cultural reclamation following previous eras of assimilation (1990s/2000s) and marginalization (pre-1980s/1980s).

61 percent of gay men in their 20s and 30s agree, “in the past, the gay community was more united than it is today.”

85 percent of gay men ages 18-49 agree, “even as gay people become more accepted, we should have places that are just for us” and that, “it’s sad to see gay neighborhoods and bars disappear.”

At the same time, gay men – particularly young gay men – are embracing their sexual orientation as core to their identity more than ever.

An overwhelming 95 percent of gay men agree that, “younger gay men are embracing their gay identity more so today than in the past.”

Looking to the future, the study found an overwhelming call for consensus from the inside, with 92 percent of gay men hoping the community becomes more accepting of each other, and 91 percent describing a need for more open dialogue among gay men. Moreover, 87 percent wish the gay community “was as united during the rest of the year as we are during Pride.”

Among gay men in their 20s, 56 percent agree that “being gay feels like part of a brotherhood” and 64 percent “often feel an instant bond with other gay men – even if we just met.” This younger community is already laying the groundwork for new ways to connect with each other online, through social media and in-person with 78 percent in their 20s saying, “online gay communities/groups/forums help me feel connected to the broader community,” and 76 percent agreeing that “social media has helped expand my circle of gay friends.” Nearly 3 in 4 gay men (70 percent) in their 20s also say they participate in organized groups/activities.

Yet as gay people, couples and issues are more accepted than ever before, many gay men are looking to reclaim points of differentiation. For example, 77 percent agree, “I like sharing cool aspects of gay culture with my straight friends.” However, almost 9 in 10 (88 percent) agree, “gay people shouldn’t have to conform to straight people’s norms and values.”

The study also found that while gay men are excited about the newfound freedoms and opportunities that are available to them today, many also feel subject to a new set of cultural pressures and expectations.

For example, 6 in 10 gay men in their 20s say “now that gay marriage is legal in so many places, my family expects me to get married and have children one day.” However, many are still striving to preserve the community’s historically counter-cultural spirit, with 67 percent agreeing that “being gay means you have the freedom to do things differently.”

In addition, 88 percent of gay men agree, “the gay community should be recognized for the contributions we have made to mainstream culture.” However, the majority would like to carve out their own societal niche with 62 percent agreeing, “there are some aspects of gay life we should not share with straight people.”

Redefining What It Means to Be Gay

While at one time coming out was perhaps the most defining moment in a gay man’s life, 65 percent of gay men in their 20s and 30s today are focused on life after coming out saying, “today the big struggle is figuring out what kind of gay man I want to be.”

Yet, even with an unprecedented level of positive gay representation in media, popular television shows, music and the political landscape, a vast majority of gay men (86 percent) still wish there were “more gay role models and mentors they could look up to.”

In addition, the journey of self-discovery is proving difficult with 6 in 10 agreeing, “it’s harder for younger gay men to take advice from older gay men because the world is so different today,” and 95 percent stating, “there is no handbook for how to be gay.”

Subsequently, it’s no surprise to see 8 in 10 (79 percent) agree that “younger gay men are creating new rules around what it means to be gay,” and inventing a new “gay guidebook” in the process.