The Lesbian Alliance helped organize a state lobbying day to protest when Anita Bryant campaigned in Missouri in 1977 and protested the Miss Universe contest when the event came to St. Louis in 1983. In the early 1970s, Moore and her group successfully challenged the sexually-biased admittance policies of Ranken Technical College. 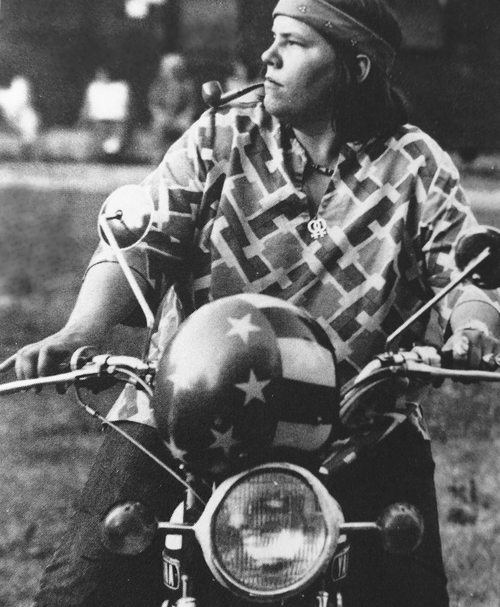 The school initially admitted two women, including Moore, who went on to open a garage and form the St. Louis Women’s Garage. Joining NOW in the 1970s, Moore became chair of the St. Louis legal committee.

The committee lobbied the city of St. Louis mayor’s office for women’s rights, to get funding for women’s initiatives, and to get women appointed to city government. The committee also wrote a booklet that told women what to do in cases of sexual harassment, held protests, and lobbied for abortion rights. Moore was also an elected delegate to International Women's Year Conference in Houston in 1977.

Moore was the first woman in St. Louis to serve as a housing inspector, a building inspector, and a multi-discipline inspector for commercial and residential property.

She was fired from her job as a building commissioner of Vinita Park when the fact that she was a lesbian made the front page of the St. Louis Post-Dispatch.

Moore sued, received a settlement, and became the first "out" LGBT person appointed to the St. Louis Civil Rights Commission (in 1993 by Mayor Freeman Bosley Jr.), and possibly to any public commission or office in the city's history. Moore received her B.A. from the University of Missouri-St. Louis.

For more on the life of Laura Ann Moore, please read the tribute penned by her longtime friend and fellow LGBT activist Kris Kleindienst.