It's a Bird! It's a Plane! It's Christopher Taber's Drone!!

Many will recognize Christopher Taber from the iconic St. Louis Balloon Brigade, but more recently, the St. Louis resident has been drawing eyes to his social media feed showcasing his drone photography from high above the cityscape.

#Boom recently caught up with the local shutterbug to talk about the process, his favorite pictures, and what's next from his eye in the sky. 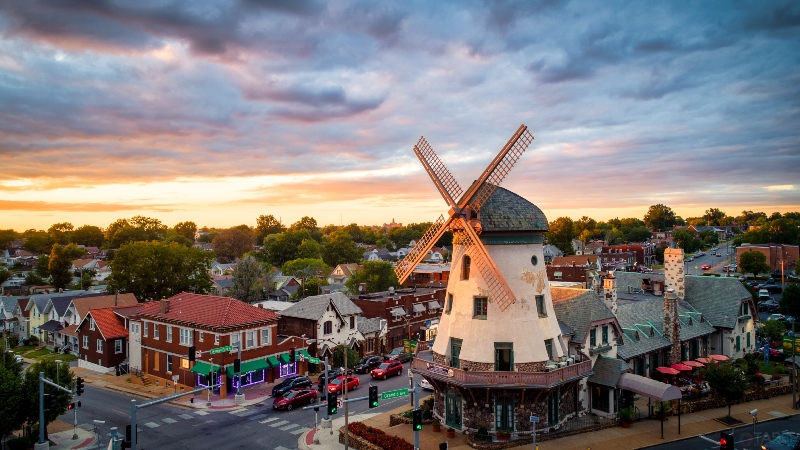 How did you first become involved in drone photography?

I've been into photography my whole life, but the my love of aerial photography has been more recent. I was cutting footage for a client's concert event a couple of years ago, and part of it was taken from a drone. The footage was captivating, and I knew at that moment that I was going to have to get into the sky. I picked up a inexpensive drone and crashed it the next day! 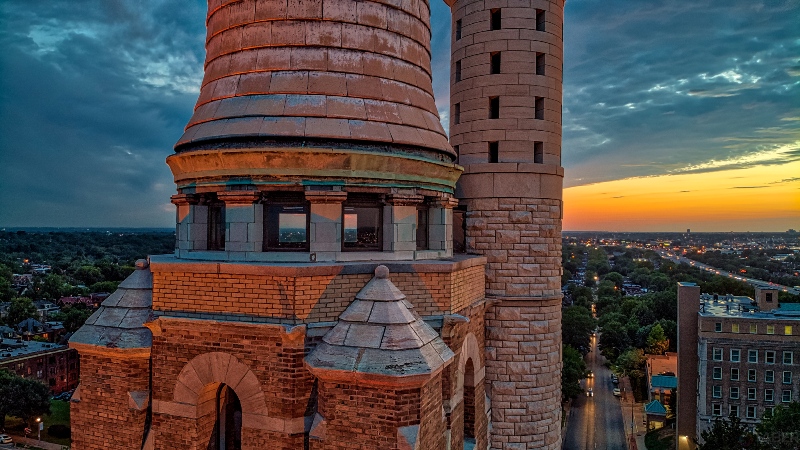 What's your best advice for beginners who want to give it a try?

Start simply. Pick up a small drone and fly it around for a bit. See how it feels to you. Beginner drones don't have the bells and whistles of their more expensive counterparts, but offer the pilot a chance to feel the effects of air currents without the assistance of GPS keeping the craft from wandering off. If the experience suits you, then take the step into a more sophisticated system with the knowledge of how to actually fly in the event that you lose GPS connectivity. 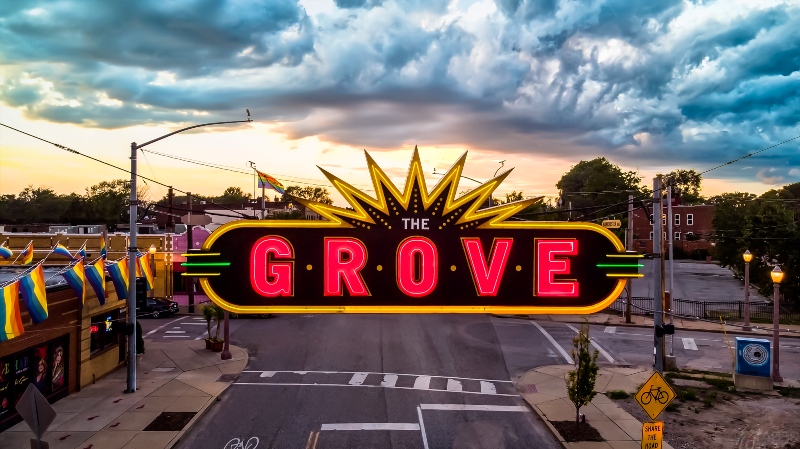 You are seeing St. Louis from an entirely different angle. What's something you've learned about our city that you didn't know before?

I've learned that St. Louis has such an amazingly diverse collection of architectural styles. Fanning out from Soulard, you can actually see the progression in the building styles from neighborhood to neighborhood starting from the French Colonial style and working its way all the way to the Mid-Century Modern landmarks in Clayton. 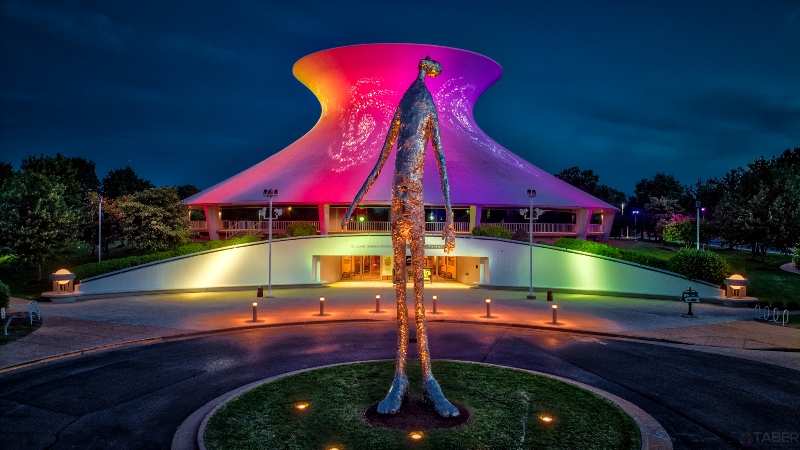 What are some of the rules and regulations about drone photography that you have to navigate?

Drone-based aerial photography offers an unprecedented ability to capture our world in ways that were prohibitively expensive until recently, but flying doesn't come without its own set of evolving rules and regulations. The FAA is the governing body for small unmanned aircraft systems (sUAS), which allows recreational drone use within their guidelines. However, to fly commercially the FAA requires pilots to undergo testing and certification process called Part 107. Even with this certification, flyers have to have authorization to fly in controlled airspaces, which cover a considerable amount of the St. Louis metro area. On top of all of that, some municipalities impose additional restrictions about where you're allowed to fly. For instance, flying from St. Louis County parks is prohibited but it's permissible to fly in St. Louis City parks so long as you abide by FAA rules. Finally you have to check for any additional restrictions called NOTAMs before you take off. In St. Louis City you cannot fly within five miles of Busch Stadium during a baseball game! Once you have all of your bases covered though, it's an amazing view from up there! 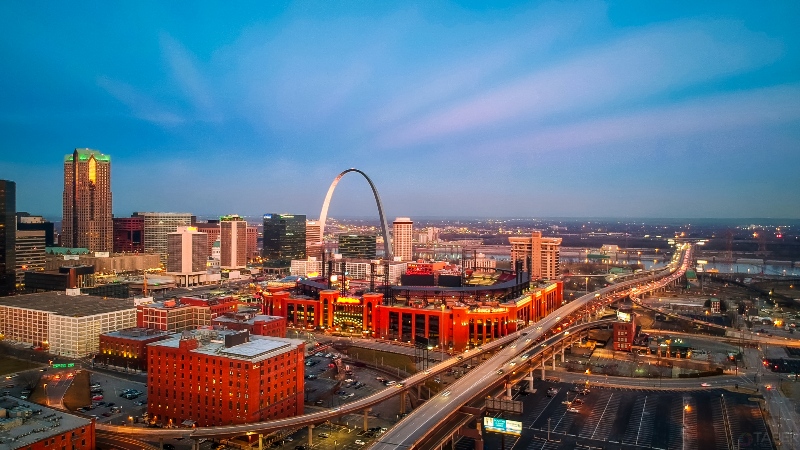 Any chance we'll see a shot from above St. Louis PrideFest, or did we miss it?

I would have loved to flown 2018 Pride, but I was in the parade this year with the St. Louis Balloon Brigade helping to raise money for St. Louis Effort For AIDS PAWS program. I'll be in the sky next year though, and will be selling prints with all profits benefiting PAWS! 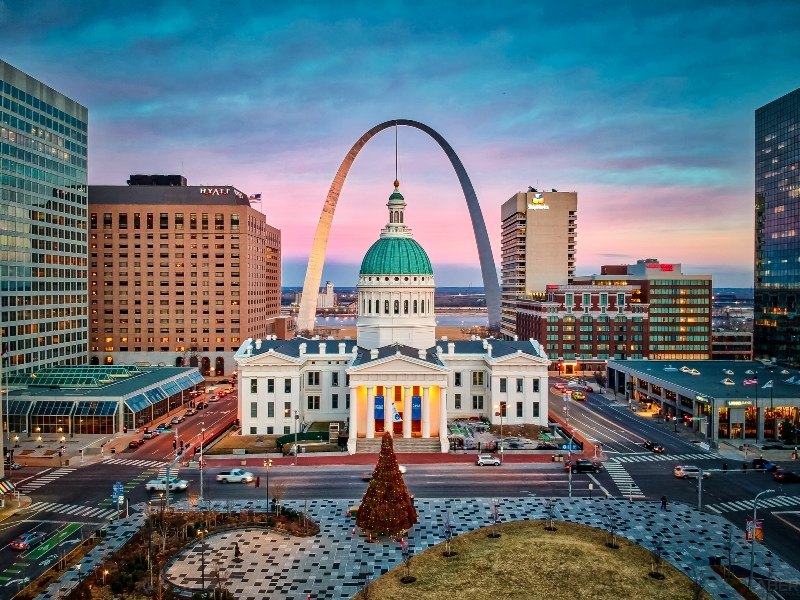 This list gets longer every day! Places I'd love to capture from the sky include Arrowhead and Kauffman Stadiums, the Neon Graveyard in Las Vegas, Big Sur and the redwoods in California, and the sunrise in Maui. Until then there are endless wonders to be discovered from the sky right here in St. Louis.