GLAAD to Give LGBT-Inclusive Video Games Their Own Award

Last month, the international LGBTQ media advocacy organization, GLAAD, announced that for the first time its annual media awards will include video games.

For more than two decades, The GLAAD Media Award has been a coveted accolade bestowed by the organization to recognize and honor various branches of the media for their outstanding representations of the LGBTQ community and the issues that affect their lives. 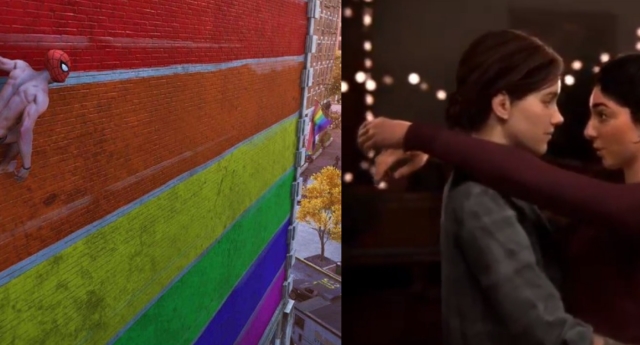 According to PinkNews, mainstream video games have been slower to adapt compared to other forms of media, but over the past few years several blockbuster games have begun to feature LGBTQ+ stories.

In a release, GLAAD announced a new awards category for a “video game with outstanding LGBTQ-inclusive content.”

Per the category description: “[This] award is given for an interactive experience that includes authentic and impactful LGBTQ characters or storylines.

“Judging will take into consideration the degree to which the LGBTQ-inclusive content is effectively woven into gameplay, including player agency and the world itself.”

GLAAD cites the increasing inclusivity in the medium as the reason for the change.

“It has been the turning point in the industry," GLAAD's Zeke Stokes told The Hollywood Reporter: "There was an unprecedented number of LGBTQ-inclusive games in 2017."

“The industry is ready to give LGBT characters bigger roles, so it’s a lot of what’s already happening in the industry combined with the vastness of it all," said Stokes.