Since 2013, Jake Biondi has brought his “BOYSTOWN” series to audiences and readers alike. Then in 2018, he added a new series, “MAJESTY,” which is set in the Medieval era. I had the opportunity to learn more about this work when I interviewed him. Here is what he shared.

What inspired you to write the MAJESTY series?


I have always been a huge fan of period pieces, particularly books and films set in Medieval times. After the success of my BOYSTOWN series, I thought it was time to create a period piece with all the dramatic twists and turns that BOYSTOWN fans cherish. I started creating characters and situations that I thought would work in the time period and still keep readers engaged. Eventually, MAJESTY was born. 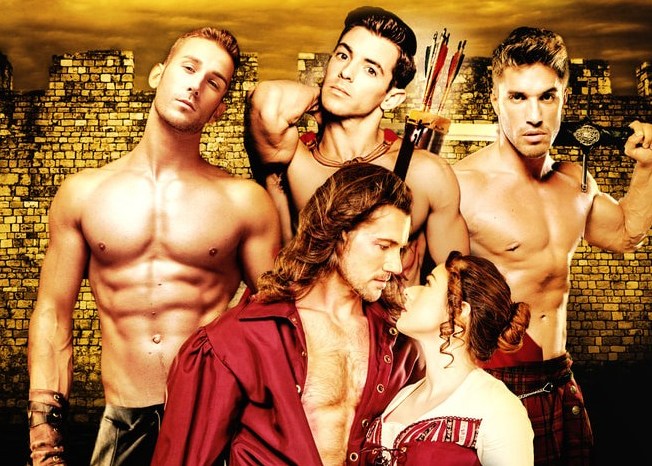 How do you develop MAJESTY’s characters?


Every great saga has at least one great family at its core. MAJESTY has two. The royal Chamberlain family currently reigns over the kingdom after having taken the throne from the Henderson family in a huge war that occurred before the first MAJESTY book begins. These rival families contain several unique family members, each with his or her own passions, desires, secrets, and motivations.

The first book opens with the mysterious murder of King Zachary Chamberlain. That event propels the action of the first book forward as suspicions arise within the Chamberlain family and they soon learn that their great enemies may not be the Hendersons, but themselves.

What’s the best thing about being the author of MAJESTY?


Two words: the fans. Whether they are readers of BOYSTOWN or MAJESTY or both, I am so blessed to have the best, most dedicated fans in the world. People reach out to me from across the United States and beyond to let me know what they think about my characters and the situations they are in.

Nothing is more exciting for me than interacting with my readers, which is why I made a commitment long ago to personally respond to each and every inquiry or comment that I receive. I want BOYSTOWN and MAJESTY readers to know that they really do matter, and their opinions may even influence future story lines. I take their suggestions and feedback seriously and am so grateful for their love, enthusiasm, and support.

Do you have a favorite MAJESTY character?


That’s a difficult question because I believe that all authors put a part of themselves into each of their characters. Therefore, I love all my characters; they are very much alive and real inside my mind and I visualize them in the situations as I write.

MAJESTY allowed me the chance to create two families of brand new characters. I must admit that I particularly enjoy writing the characters of Bryce, Declin, and Gretl. Bryce is the family’s moral center, a romantic person in his own way. Declin is MAJESTY’s “bad boy,” the sexy bandit whose only downfall may be the person he’s falling in love with. And Gretl is the mysterious old woman who “haunts” the castle and has the unique ability to see what the future holds for characters before they themselves realize it.

Will we ever see MAJESTY on television?


You never know. I’ve already received inquiries from people who believe it should be a TV series and I’m totally open to working on that once the TV version of BOYSTOWN launches. I think MAJESTY would be a visually stunning television series because of its time period and beautiful locations. Stay tuned…

Where can people purchase MAJESTY and how can fans contact you?


I encourage readers and fans to contact me by emailing me at MajestyTheSeries@gmail.com, through the website JakeBiondi.com, or on IG @MajestyTheSeries

Joey Amato is the publisher of Pride Journeys, a website dedicated to LGBTQ travel. Joey has spent over a decade in LGBTQ media and public relations and currently resides in Indianapolis, Indiana. He can be reached at joey "at" pridejourneys.com