ATLANTA, Ga. - Boy Scouts of America President Dr. Robert Gates today told the organization that he thinks the current ban on gay adults is unsustainable and is formally re-opening the conversation about adult inclusion in the Boy Scouts.

Gates, a former Defense Secretary under presidents Bush and Obama, made his remarks at the BSA's National Business Meeting making clear that he thinks the BSA's national ban has to be reevaluated, and specifically highlighting the pressure of "external" events. 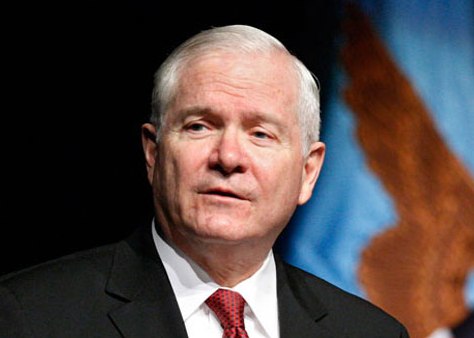 "We cannot ignore growing internal challenges to our current membership policy, from some councils – like the greater new York council, the Denver area council, and others – in open defiance of the policy, to more and more councils taking a position in their mission statements and public documents contrary to national policy. Nor can we ignore the social, political and judicial changes taking place in our country – changes taking place at a pace over this past year no one anticipated.

I remind you of the recent debates we have seen in places like Indiana and Arkansas over discrimination based on sexual orientation, not to mention the impending U.S. Supreme Court decision this summer on gay marriage. I am not asking the national board for any action to change our current policy at this meeting. But I must speak as plainly and bluntly to you as I spoke to presidents when I was director of CIA and secretary of defense.

We must deal with the world as it is, not as we might wish it to be. The status quo in our movement’s membership standards cannot be sustained. We can expect more councils to openly challenge the current policy. While technically we have the authority to revoke their charters, such an action would deny the lifelong benefits of scouting to hundreds of thousands of boys and young men today and vastly more in the future. I will not take that path. Moreover, dozens of states – from New York to Utah – are passing laws that protect employment rights on the basis of sexual orientation. Thus, between internal challenges and potential legal conflicts, the BSA finds itself in an unsustainable position. A position that makes us vulnerable to the possibility the courts simply will order us at some point to change our membership policy."