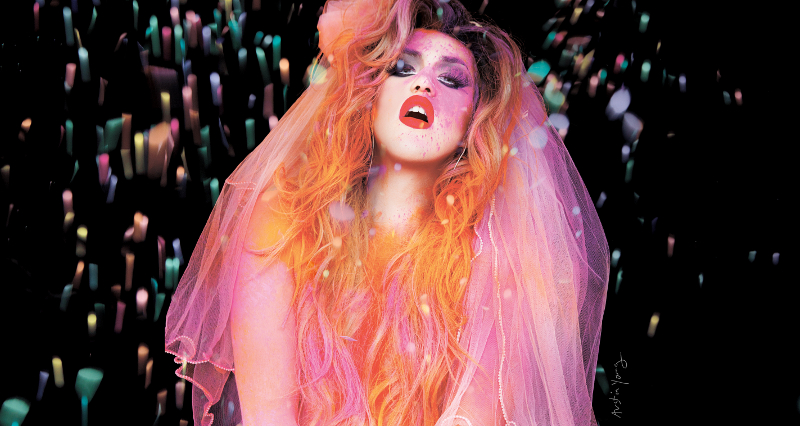 Quest Diagnostics proudly presents Adore Delano who will emcee and entertain at the PrideFest Bud Light Entertainment Stage on Saturday, June 27 from 5-9 p.m. The RuPaul's Drag Race Season 6 finalist (and American Idol alum) promises an infectious performance that will not soon be forgotten.

We're excited to have you at St. Louis PrideFest - what do you have in store for audiences this summer?

Willam calls me a cat with rabies when I perform, so maybe just to give everyone rabies and to have so much fun!

Take me back to the first time you went to a LGBT pride event; what was that experience like?


Yea, I was 17 or 18 and went with my cousin. It was so awesome because there were kids and parents and it was kind of like this big unity of love and no one cared and it was really fun to be around.

How many prides do you attend on the circuit? It must be a really fun gig to see how the various cities celebrate.

Last year we did a really big pride run; we went to World Pride in Canada, we did New York - we did it all over the world and it was so neat to see the different cultures, the different community of it all. It was really neat.

We loved seeing you at BOTS in Missouri this year - you've toured the country, the world - what's the craziest thing that happened on to you; what's the one story you're constantly telling friends about?

Amsterdam was nuts, I got so wasted, I lost my phone - I don't know what happened. Bianca and I - it was like 5:30 in the morning and we're leaving for the airport at 6 and we're in the streets of Amsterdam and she had to find my phone in the gutter. It was so cool.

And you were just recently in Brazil too.... 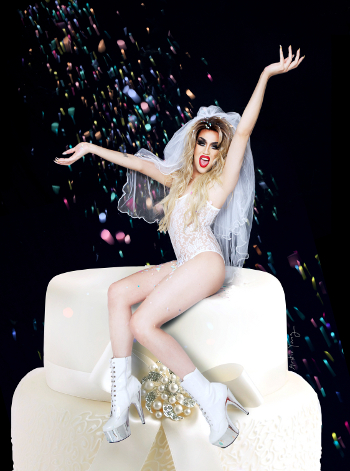 Oh my God, It was so friggin' awesome. The people there are nuts. They think they're Lady Ga Ga there, it is so cool.

Which Drag Racer have you formed the closest bond with and why?

Bianca! She's literally like family - her and Detox are like family, and Courtney and Darienne. I could name a lot but Bianca and I are really close - she's really like an older brother to me. When I have a problem and I don't want to bother my mom at home I talk to her and we're each other's little counselors, I like to think.

Mother's Day was yesterday - we know you've got a special bond with your mother. How has that relationship impacted you as a gay man, as an entertainer?

I feel blessed because I have so many friends that aren't really accepted by their families. My mom - she did it all. She was my dad, my mom, my grandparents - she was everything so I really didn't need anybody else. Growing up, I didn't have a lot of friends and she noticed I was different and she was like my best friend growing up in the house with my two brothers versus my mom and I. She's like my road dog and I love her to death. And yesterday was fun. We were playing Mortal Kombat X all day with family.

So this morning we woke up to the news that American Idol will be cancelled - thoughts on that - and had you ever thought about giving it another shot post Drag Race?

Never! I think that whole series ended after Season 9. I mean they play too much to the judges and they weren't making any stars anymore. It's like they were milking that just to get ratings and it just sucked because that show was such a phenomenon and it changed people's lives and gave people careers. I feel like they lost touch with that - they weren't making stars anymore and it just got old. I think it was time about five seasons ago.

Who or what inspires you?

Life inspires me. It depends on what I go through that inspires how I look, how I act. My mom inspires me, love inspires me; tragedy, beauty. I find the beauty in everything. Last year I went through a lot of shit and it felt like I grew up in 10 years. The new album that I'm working on is really, really dark and more serious because it's talking about the shit that I actually went through last year and it completely inspired me and I took the beauty out of the tragedy of life. I'm just really sad right now. I think I'm Lana Del Rey sometimes.

Do you consider yourself a singer first and foremost?

Yes, absolutely. I consider myself a musician that just so happens to be a drag queen.

Do you still do gigs as a boy?

I don't ever do gigs as a boy. I got asked by my company to do a Danny album and I turned it down because after they heard "I Adore You" they were wanting to play it on the radio but they didn't want it to be Adore Delano they wanted it to be Danny and I told them absolutely not. I've worked too fucking hard for my name and working for free for almost two years in the drag community to just have it all erased. I'm not using drag for a fucking music career. I'm totally happy the way things are working out today as a drag princess. No, I don't want to. Danny's boring.

We should know the winner of Season 7 of RuPaul's Drag Race when this interview is published. Any predictions; what are your thoughts on this season?

I mean it's boring but I love Violet. I love Violet's personally, I got to party with her in Atlanta. She's really pretty, she's got a good head on her shoulders. She's very smart for being so young. But yea, this season is all over the place to me. There's not like one stand out winner and I think that kind of kills the fun in it; like okay, I have an idea who the top three is going to be and then BenDeLaCreme's not in it and everybody goes crazy. No one really knows what's going to happen. And they need to stop doing all of these singing challenges and these dancing challenges. They're not singers! It's just season so.

Tell us a bit more about your upcoming album.

I'm so exciting about this album. We wrote a song yesterday - I record the demos after we're done writing them - and I literally had tears in my eyes. And my writer's like, dude, you're so emo. And I'm like no, I want to talk about real shit. Fuck! The party's over man. I don't want to talk about being fucking awesome. Everybody knows I'm awesome. I want to talk about some sad shit. It's going to be really cool - just darker and more serious.

If you had to sum up the album in one word what would it be?

I just think it's beautiful. The sounds are beautiful, everything's just really well produced and really well thought out. I pushed the album's release back because I wanted more time writing these songs and I wanted them to be perfect.

What comes first - the words, the music or is it sort of an amalgamation of both?

They usually send me demos of sounds or songs and I'll turn them down or say yea. The ones that I like I'll have them readjust it and we'll work together on what sounds I want on the song and it's a back and forth. Usually I write to instrumentals and just melodies of songs and we put them together.

How much of the content that you produce actually makes it onto the album?

I would say 80 percent of what we write and record as a demo makes it onto the album. It'll change. One of the songs "Bolted Love" - we're going to change it and we're bringing it down a bit. It's like "Party" - "Party" was way too loud so we changed it in the video. That's just the beauty of art and creating it together.

You'll be performing at PrideFest - what does PRIDE mean to Adore Delano?

Pride means so many things. It means unity and love and liberation and strength. And it means vodka!