You may not know him by name, but you will surely recognize a series of books that he has authored called BOYSTOWN. Jake Biondi’s gay book series features sexy covers, relatable characters and as much drama as a telenovela. Biondi has big plans for the series, which was conceived in 2013. Five years later, the author has released eight seasons and has no plans of slowing down.

Tell me why you created BOYSTOWN? What was your motivation?

I have always been a fan of primetime and daytime soaps: Dynasty, Scandal, Days of Our Lives, Knots Landing, Revenge. So, I thought it would be fun to create a continuing saga that focused primarily on gay characters. Since I have lived in Chicago's Boystown neighborhood for over 20 years, it seemed like the perfect setting for my drama. BOYSTOWN's characters reflect the diversity of the real-life neighborhood and the stories provide the crazy twists and turns that soap fans expect. 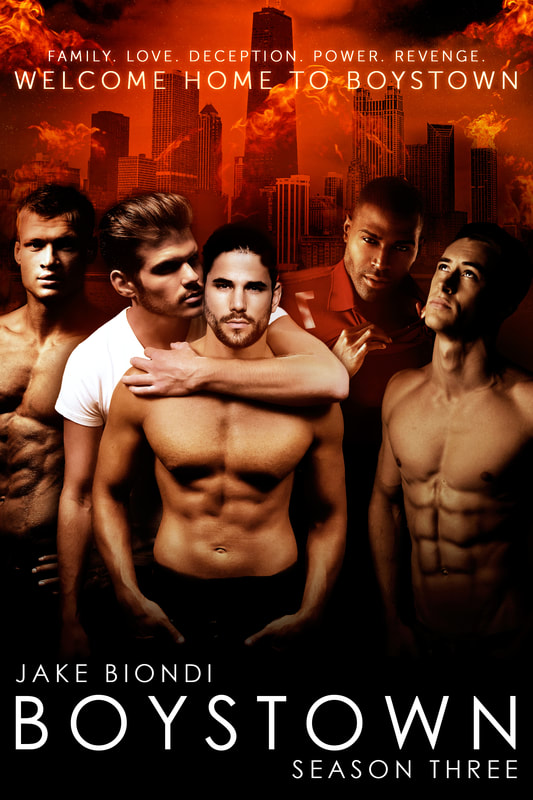 In the early days, what type of feedback did you receive?

To be honest, I started writing BOYSTOWN on a whim. I wrote the first chapter and posted it online to see if anyone would even read it. To my surprise, I started receiving feedback and emails from readers almost immediately. They loved it. They wanted to know what was going to happen next. So, I started writing more quickly, eventually taking the story off-line and publishing it in book form. There are currently eight books in the BOYSTOWN series with the ninth on the way.

Which characters do you feel most people relate to and why?

Different people seem to connect with different characters. BOYSTOWN's characters are diverse in every sense (sexual orientation, race, age, gender, etc.), so they appeal to an equally diverse audience. I have been surprised by people's connections to certain couples in the series. For example, people immediately connected to Keith and Emmett, so when their relationship became rocky, I received a lot of feedback. In addition, people have strong reactions to Derek and his possible partners. Some readers want him with Joyelle, some readers want him with Cole. BOYSTOWN readers are a passionate bunch.

Do you incorporate any of your personal experiences into the books?

Some of the stories in BOYSTOWN are based off real experiences, but they are exaggerated and taken to the extreme, as in any good serial. BOYSTOWN fans have come to enjoy the series as a sort of rollercoaster ride, full of crazy twists and turns.

Which character means the most to you and why?

I think that every character an author creates is a part of him. People always ask me which character is the most like me and I'd have to say that Emmett is. However, I enjoy writing each and every character in the series. Each character has taken on a life of their own and I think it's the characters that keep readers coming back to each book. When I take a break from writing, I actually miss these characters. They are all a part of me. 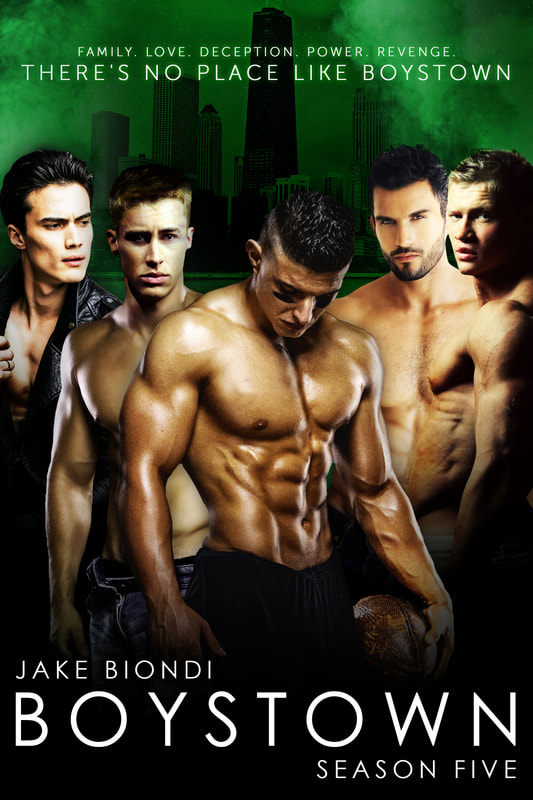 Tell me about the most recent book…what makes Season 8 different from other seasons?

The eighth BOYSTOWN book is really relationship-driven. Several couples find themselves at crossroads, while others are just developing. Both families and marriages are torn apart in Season 8 and some unholy alliances are created as well. The arrival of new character Victor DelVecchio forever changes the lives of some BOYSTOWN characters and, of course, the book ends in a series of epic cliffhangers, as readers have come to expect.

What is your favorite moment in the season?

I love writing the new character of Victor DelVecchio, who is based off a friend of mine. His scenes are great. And there is a new murder mystery that begins in Season 8, too.

How has the initial feedback been? Are fans happy with Season 8?

Fans seems to love it and can't wait for Season 9. I'm happy to report that the entire BOYSTOWN series maintains a 5-star rating on Amazon, which is the highest possible reader rating.

BOYSTOWN Season Nine is scheduled to be released at Christmas time; I'm working on it right now. Fans can expect resolutions to the cliffhangers that ended Season 8 as well as some reconciliations that I know they will love. And the murder mystery that began in book eight continues as well.

Where do you see BOYSTOWN going in the next 5-10 years?

I will continue to write BOYSTOWN for as long as readers want me to. I love writing it and I love the characters. In addition, I am working to bring the BOYSTOWN book series to TV. Some great actors have come forward to express interest in the project and we are currently working with several interested producers to bring the series to the small screen.

Are there any new projects in the pipeline?

In addition to the BOYSTOWN TV series, I'm launching a new book series called MAJESTY. It's a period-piece and should be pretty exciting.

For more information or to order the BOYSTOWN series, please visit BoystownTheSeries.com.