Believe it or not, modern presidents have been a little preoccupied with physical fitness. Based on the findings of an NYU Professor (and rock climber) which showed that American kids were way more out-of-shape than their peers in Europe, President Eisenhower created “The President’s Council on Youth Fitness” in 1956. President Kennedy would follow up by making physical fitness a huge part of his campaign, even writing two articles for Sports Illustrated. In 1966, President Johnson created The Presidential Physical Fitness Award based on the results of two national surveys of school kids. You may remember the original test which consisted of a softball throw, a broad jump, a 50 yard dash, and the 600 yard run/ walk. (Okay boomer...). President George W. Bush would eventually popularize the Fitness Council and Physical Fitness Award by appointing Arnold Schwarzenegger chairman. More recently, Michelle Obama added another initiative to the President’s Council on Fitness, Sports, and Nutrition. Her movement to end childhood obesity, “Let’s Move,” introduced healthy foods and more physical fitness into the nation’s schools.

So what if today’s presidential candidates were to come up with fitness plans? What might each candidate’s fitness program look like? Here are some possibilities for five campaigns to consider: 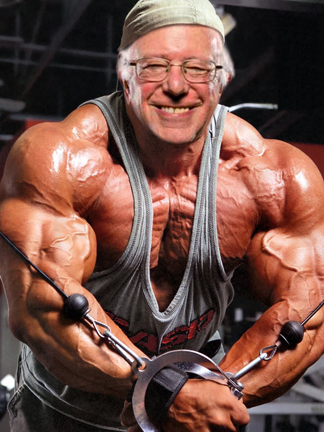 You are sure to “feel the burn” with Bernie Sander’s heart stopping exercise routine. Start with running two complete laps around Wall Street while shaking your fists at stock brokers in a steady four-count. As a new ad-on to Sander’s Medicare for All platform, you can enjoy his CrossFit for All supplemental.

THE BUTTIGIEG FIT FOR ALL WHO WANT IT 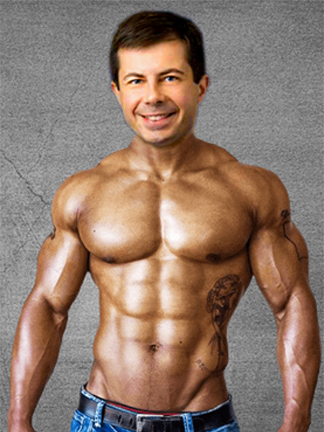 Popularized in South Bend, “The Mayor Pete” workout consists of the perfect workout that nobody’s heard of and is really hard to pronounce. “The Boot-edge-edge Fit for All Who Want It” workout is a moderate workout perfect for everyone but remarkably appealing to white men and women in their 50s and 60s. It’s a spin class taught by highly educated veterans with a penchant for show tunes. Come on! Let’s get physical! 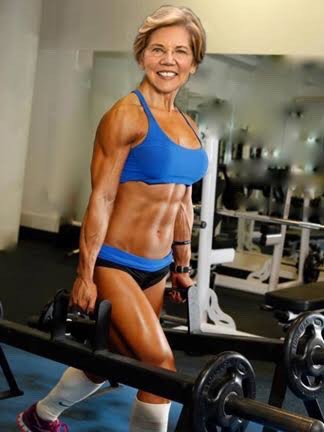 You can bet she’s GOT A PLAN for exercise that will please everyone! And no more expensive gym memberships because your dues with be paid by a 2% tax on billionaires. How’s that for slimming those fat cats? Your gym membership will include free health screening, free trainers, free towels, free protein shakes, free DNA testing, and a bus ride home.

THE JOE BIDEN BUMP AND GRIND 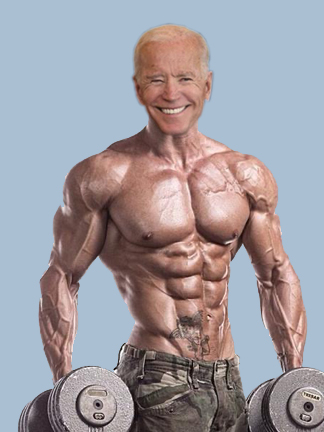 Uncle Joe has put together a clumsy, tumble and fall, Zoomba routine that consists of spinning in circles until you're dizzy and then walking up to a microphone. It’s not that challenging, it feels familiar and safe, and no one is going to get hurt. Everyone loves it. The Uncle Joe Bump and Grind has been tested over the last 30 years and appears to have caught on in Wisconsin, Michigan and Pennsylvania. 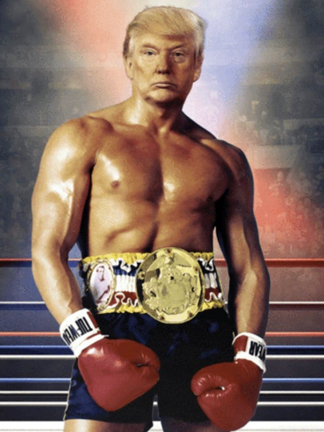 It’s a perfect workout. It’s fantastic. It’s the best workout the likes of which the world has never seen. You curl a Big Mac in each arm and take a bite at each rep. Follow up with a round of golf at your favorite resort. Your cholesterol will soar and your waistline will balloon but who cares? The Trump Hump comes with a personal Physician and a glowing health report. Who needs exercise when you’ve got Twitter?