On October 15, 2019 at 2:15 a.m., George Timothy Reed passed away in Bowling Green, Kentucky after a valiant fight against cancer. George Timothy was born to Patsy and David Reed on June 25, 1962 in peaceful and beautiful Brownsville, Kentucky. A devout Christian with unshakable faith, George departed this life knowing he would be joining his loved ones and relatives in Heaven, especially his mother and Keith Ann. An alumnus of WKU, George studied music and planned on being a music teacher. He was a member of Sigma Phi Epsilon as well as Phi Mu Alpha Sinfonia, a fraternity for men interested in music.

Reed was a singer and musician but most importantly an entertainer. He taught and inspired countless talents to develop their own careers and further their art forms. He had the rare and uncanny ability to play piano by ear and became a gifted player. Reed wore many hats and outfits, however, his most well-known role was that of a professional female impersonator. For the past 30 years, Reed charmed audiences as Carmella Marcella Garcia, “The Grand Ole Gal of the South”. 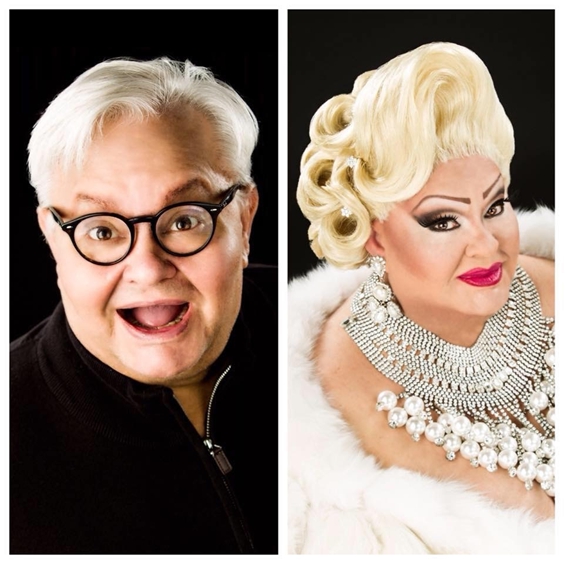 George saw his first drag show in Nashville, Tennessee. He commented to friends, “At first I couldn’t believe it was a man,” then continued, “Shit, that’s what I gotta do.” In the mid 1980’s, ‘Mella started performing drag professionally at The Cabaret. “I did my first drag show in a single wide trailer,” Mella would proclaim in future shows. From there she grew her professional clout and went on to become a regular cast member at clubs throughout the east coast such as Warehouse 28 and Play Dance Bar in Nashville, Tennessee; The Pilgrim House and the Crown and Anchor in Provincetown, Massachusetts: and the Parliament House and Southern Nights in Orlando, Florida. In character as Carmella, George was a live country artist, jazz vocalist, stand-up comedian, emcee, and vocal impressionist. His skill and experience as a live vocalist also lent themselves to Carmella’s incredible lip-syncing routines on stage. Mella and George have been on MTV, Comedy Central, The Travel Channel, and E Entertainment Channel. Some of his titles include Miss Gay US of A at Large 1989, Miss Universe at Large 1992, and Miss Continental Plus 1995.

With such a wealth of experience winning in competitive pageants, Reed had a very successful second career as a pageant coach. Working predominantly in the Miss America and Miss USA pageant systems, George produced winners all over the east coast. Reed helped young women clinch state titles in Maryland, Kentucky, and Florida and even guided Miss America 2004, Ericka Dunlap, to winning the national crown.

Reed was able to travel the world while spreading his gifts. Carmella worked in over 30 states and countries, including Hawaii, Puerto Rico, the US Virgin Islands, and Canada. Reed’s finale performance was in Punta Cana, Dominican Republic, a place he became enamored with. He had hoped to have some of his ashes spread in the sparkling turquoise waters there- a fitting resting place for a such a dazzling spirit.

George’s charitable nature will be remembered fondly by many. He helped raise hundreds of thousands of dollars for organizations such as Nashville CARES, Orlando’s Serenity House, Hope and Help, and the Childrens’ Miracle Network.

Preparations are underway for a small memorial in Brownsville that will be taking place in the near future. Kimbol Purkerson, Ron Sanford, Michael “Dolly” Wilson, and other longtime friends of Reed’s will be producing a large celebration of life in Nashville, Tennessee within the next few months to allow everyone who wishes to come time to attend. George and Carmella met and charmed people all over the country and will be sorely missed by hundreds, if not thousands, of adoring fans, ardent students, and loving friends.